Action on behalf of justice and participation in the transformation of the world fully appear to us as a constitutive dimension of the preaching of the Gospel, or, in other words, of the Church’s mission for the redemption of the human race and its liberation from every oppression (Justice in the World, Synod of Bishops, 1971).

From Rerum Novarum (1891) to Pope Francis’ most recent encyclical Laudato Si (2015) the Church has responded to the global and national challenges of the day with a body of moral principles by which social and economic actvity can be judged. These principles are rooted in the Gospel, providing guidelines for action and enabling us to live our faith in justice and peace. 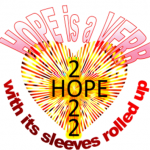 Hope is a Verb with its sleeves rolled up!: 44th National Justice and Peace Network Conference, The Hayes, Derbyshire 22nd-24th July 2022. Be inspired to look for Signs of Hope in our World, and how as People of Faith, we can use these to transform ourselves and our communities, nation and World through a series of talks and workshops over the weekend, as well as a parallel programme for children and young people. Click here for more details 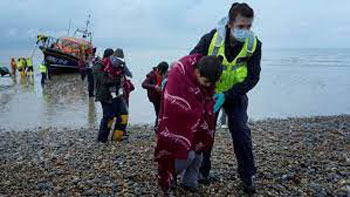 The annual diocesan Justice & Peace Assembly ‘To a Safer Shore?’ took place online on Saturday 15th January. If you were unable to attend the Assembly you can read the speakers’ notes here  and watch the Zoom recording here 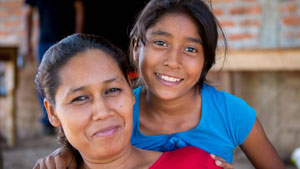 Ana Julia and her daughter in El Salvador. CST inspires us to see every person as a child of God

The Catholic Social Teaching website is a livesimply initiative, a network of 60+ charities which support the radical idea that God calls us to look hard at our lifestyles and live simply, sustainably and in solidarity with poor people at home and overseas. (New website under construction)

Together for the Common Good is a movement bringing the principle of the Common Good alive and drawing people together across their differences. It includes groups which would not normally converge from church networks of different traditions to MPs and neighbourhood organisations, aiming to facilitate conversations about the Common Good which lead to positive action. The Common Good: what does it mean for families, for society and for government? A new series of four public conversations for 2021, exploring the meaning of the common good, and the responsibility it places on families, society and the state. Book your free place here

Global Justice Now is a democratic, social justice organisation, working as part of a global movement to challenge the powerful and create a more just and equal world. It mobilises people in the UK for change, and acts in solidarity with those fighting injustice, particularly in the global south.

Christian Solidarity Worldwide is a human rights organisation specialising in freedom of religion and belief. CSW works to defend, uphold and promote the right to freedom of religion or belief in over 20 countries across Africa, Asia, the Middle East and Latin America. Through our advocacy, we challenge world leaders to fulfil their duty to protect religious freedom.