“His testimony shows today’s young people that true happiness is found by putting God first and serving people, especially among the poorest in society.” (Pope Francis) 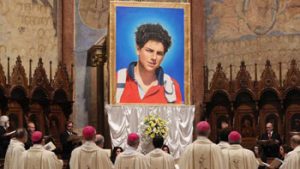 British-born Italian teenager, Carlo Acutis, who dedicated his short life to spreading the faith online and helping the poor, was beatified on Saturday 10th October.

An Internet and computer-mad youngster, Carlo, who died of leukaemia in 2006 aged 15, was placed on the path to sainthood after the Vatican ruled he had miraculously saved another boy’s life.

The beatification leaves him just one miracle away from becoming the world’s first millennial saint.

The Vatican claims he interceded from heaven in 2013 to cure a Brazilian boy suffering from a rare pancreatic disease.

The beatification ceremony took place in Assisi, the home of his idol Saint Francis, who dedicated his life to the poor.

His Feast Day will take place ever year on 12th October, the anniversary of his death in Milan in 2006. 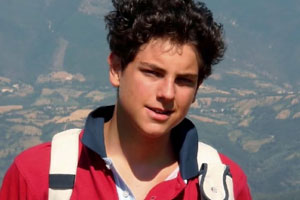