Sunday, 19th June, is the birthday of Aung San Suu Kyi, the democratically elected leader of Burma. At Worth we feel a particular connection with Daw Suu and her people. Her late husband, Michael Aris, was a pupil of Worth School. Suu was brought to England after her father, Aung San, one of the first leaders of Burma after independence, was assassinated. She and Michael Aris married after meeting at Oxford.  Suu returned to Burma to care for her mother in her final illness, and became a popular leader there during the student uprising of 1988. After the military crushed the uprising, Suu was held in house arrest for many years, until elections were permitted again, when her party, the National League for Democracy, was returned to power. However, it was not long before the military took power once more by force, in 2021, and Suu and many of her followers are again in prison. 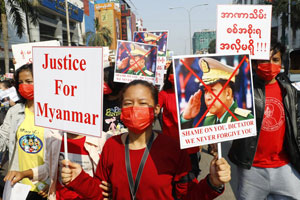 In a recent post, Voices of Hope, an organisation which supports the democracy activists of the people of Burma writes: On June 3rd 2022, a junta court confirmed that two pro-democracy activists will be hanged for their part in opposing the unlawful military coup. The military regime that stole power in the 2021 coup has been responsible for many crimes. Almost 3000 people have been killed, and more than 12,000 arrested.138 of these are children – two of them are 4 years old. There have been 861 violent attacks on healthcare workers and facilities. Over a million people have lost their homes and there have been13,226 incidents of arson. Villages have been torched. People have been burnt to death.

Please pray for the people of Burma and for their leaders, for those who are displaced and for peace to come to Burma and its people.

God of Peace, During this dramatic and painful moment for the people of Myanmar, When violence, conflict, and repression destabilize their livelihoods and wellbeing, We pray for the strength and courage to keep the faith, to keep unity, and to keep the truth. We pray to keep the faith, so we avoid giving in to despair. May we keep our gaze lifted up to heaven. We pray to keep unity, as a family, to avoid the disease of division. May we remain committed to live in friendship, love, and fraternity. We pray to keep the truth, remaining bound to Christ and being devoted to the Gospel. May we become prophets and peacemakers, preserving the integrity of Christ’s message. Convert all hearts to peace, And may our hearts be brave in the face of evil, not losing hope in the promise of new life. Amen (Jesuit Refugee Service) 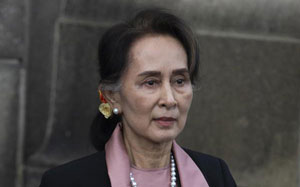